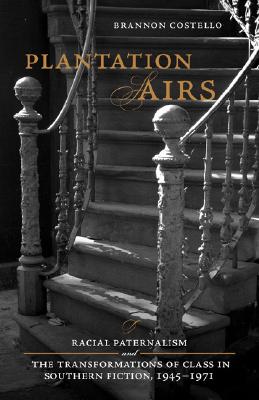 In Plantation Airs, Brannon Costello argues persuasively for new attention to the oft-neglected issue of class in southern literary studies. Focusing on the relationship between racial paternalism and social class in American novels written after World War II, Costello asserts that well into the twentieth century, attitudes and behaviors associated with an idealized version of agrarian antebellum aristocracy?especially, those of racial paternalism?were believed to be essential for white southerners. The wealthy employed them to validate their identities as "aristocrats," while less affluent whites used them to separate themselves from "white trash" in the social hierarchy. Even those who were not legitimate heirs of plantation-owning families found that "putting on airs" associated with the legacy of the plantation could align them with the forces of power and privilege and offer them a measure of authority in the public arena that they might otherwise lack.