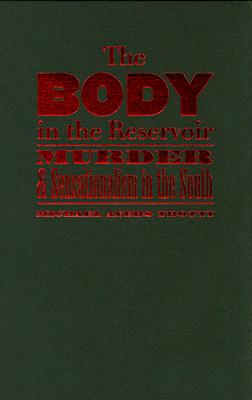 The Body in the Reservoir: Murder and Sensationalism in the South

Centered on a series of dramatic murders in nineteenth- and early twentieth-century Richmond, Virginia, "The Body in the Reservoir" uses these gripping stories of crime to explore the evolution of sensationalism in southern culture.

In Richmond, as across the nation, the embrace of modernity was accompanied by the prodigious growth of mass culture and its accelerating interest in lurid stories of crime and bloodshed. But while others have emphasized the importance of the penny press and yellow journalism on the shifting nature of the media and cultural responses to violence, Michael Trotti reveals a more gradual and nuanced story of change. In addition, Richmond's racial makeup (one-third to one-half of the population was African American) allows Trotti to challenge assumptions about how black and white media reported the sensational; the surprising discrepancies offer insight into just how differently these two communities experienced American justice.

An engaging look at the connections between culture and violence, this book gets to the heart--or perhaps the shadowy underbelly--of the sensational as the South became modern.

Title: The Body in the Reservoir: Murder and Sensationalism in the South

The Body in the Reservoir: Murder and Sensationalism in the South