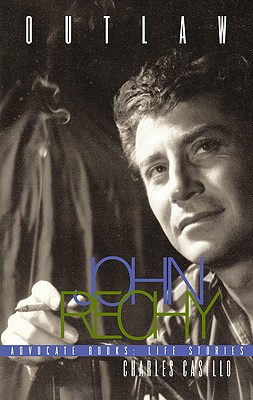 When John Rechy's "City of Night "first appeared in 1963, it was greeted with equal parts fanfare and horror. The unapologetically sexual story of a young gay hustler shocked readers with its frank treatment of a subject most knew about but chose to pretend did not exist. Yet more shocking was Rechy's revelation that the book was largely autobiographical. For a street hustler to reach literary fame and widespread acclaim was unheard-of, especially if he was gay. Rechy continued to publish explosive novels, including "Numbers, The Sexual Outlaw," and "Rushes"--even as he continued hustling seedy Hollywood Boulevard--and soon became an integral part of the new literary elite that included Gore Vidal, Norman Mailer, and Christopher Isherwood. In this enlightening biography, Charles Casillo provides an absorbing picture of the outlaw writer, examining the dichotomy of Rechy's life as both a respected author and professor and a tough-as-nails sex worker. Working closely with Rechy himself as well as his family, friends, admirers, and colleagues, Casillo presents a complex portrait of a man who found sexual liberation through prostitution and used it to create a vivid and influential artistic legacy.

The work of John Rechy: "Bodies and Souls, City of Night, Coming of the Night, The Fourth Angel, Marilyn's Daughters, Numbers, Our Lady of Babylon, Rushes, The Sexual Outlaw," and "The Vampires."

"Charles Casillo "is a Los Angeles-based freelance writer. He is the author of "The Marilyn Diaries," a novel about Marilyn Monroe.