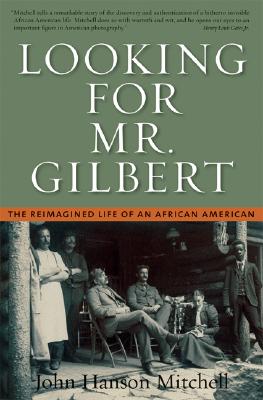 Looking for Mr. Gilbert: The Reimagined Life of an African American

In the mid-1970s, John Hanson Mitchell discovered over two thousand antique glass plate negatives in the attic of an estate in Massachusetts. At the time, he believed the photographs to be the work of William Brewster, the nineteenth century ornithologist and conservationist. As a result of a tip from a Harvard research assistant, Mitchell came to believe that the plates were not the work of Brewster, but of his assistant, a little-known African American named Robert Gilbert.
In his quest to uncover the story, Mitchell's trail leads from the archives of the Museum of Comparative Zoology at Harvard, to the countryside of Virginia; from the haunts of American expatriates in Paris, to the culturally-rich world of African Americans in Boston at the turn of the last century.
Gilbert remained as illusive as the image on the original negatives that he created more than a hundred years ago, but with careful deconstruction of the photographic images, Mitchell is able to make visible this invisible man. From the investigation of the haunting photographs of landscapes and people, Gilbert slowly comes into focus as a quiet, unassuming Renaissance man who forged on in the face of social pressures and American racism.

Title: Looking for Mr. Gilbert: The Reimagined Life of an African American

Looking for Mr. Gilbert: The Reimagined Life of an African American