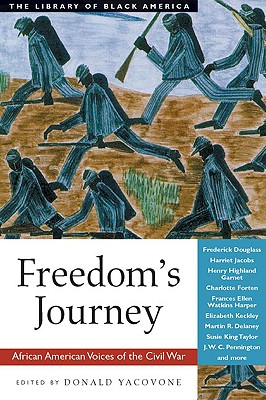 The men and women represented in this book had the extraordinary opportunity of witnessing the end of a 200-year struggle for freedom: the Civil War. Gathered here are the stirring testimonies of many African Americans including slaves who endured their last years of servitude before escaping from their masters, soldiers who fought for the freedom of their brethren and for equal rights, and reporters who covered the defeat of their oppressors. These African American voices include the great abolitionist Frederick Douglass on the meaning of the war; Martin R. Delany on his meeting with Lincoln to gain permission to raise an army of African Americans; Susie King Taylor on her life as laundress and nurse to a Union regiment in the deep South; Elizabeth Keckley, Mary Todd Lincoln's seamstress, on Abraham Lincoln's journey to Richmond after its fall; Elijah P. Marrs on rising from slave to Union sergeant while fighting for his freedom in Kentucky; and letters from black soldiers to black newspapers. Each testimony is presented unabridged, allowing the full flavor of these voices to be heard, and each is supplemented with introductions and notes that provide rich context.