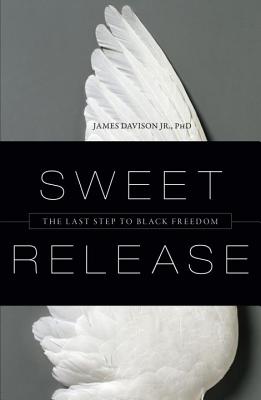 African Americans have come a long way in the difficult upward struggle from slavery to the relatively broad freedoms enjoyed today. Together, as a potent and well-knit group, they have battled endlessly in their march toward freedom.
Finally, according to psychologist James Davison Jr., the last step to freedom for black Americans has arrived. But, that last step must be taken as individuals - not as a collective. In this assessment of the problems and potentials facing African Americans, Dr. Davison argues that in order for achieving individuals to advance to the final step of freedom, they must break free from the mental shackles created by the black community.
The central theme of Sweet Release is that the forces that impinge most upon psychological freedom for black Americans come from within. Guilt for being successful, shame in reaction to the misbehaviors of race peers, demands to give back to the community, and accusations of trying to be white are just a few of the mechanisms that thwart psychological freedom for black persons. Dr. Davison argues that individual lifestyles, aspirations, even identities are constrained by the specter of racial unity. As a result, for black advancers, what remains to be overcome is not "the system" or "them," but internalized community attitudes that put a choke hold on individual freedom.
Unafraid of controversy or candid assessment, Dr. Davison addresses these and other thorny issues with psychological insight while offering strategies to move beyond group constrictions toward personal freedom.