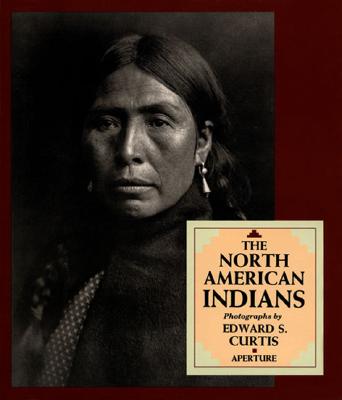 The North American Indians: A Selection of Photographs by Edward S. Curtis

It is thus near to Nature that much of the life of the Indian still is; hence its story, rather than being replete with statistics of commercial conquests, is a record of the Indian's relations with and his dependence on the phenomena of the universe--the trees and shrubs, the sun and stars, the lightning and rain--for these to him are animate creatures. Even more than that, they are deified, therefore are revered and propitiated, since upon them man must depend for his well being.
--Edward S. Curtis, "The North American Indians"
Between 1896 and 1930, Edward S. Curtis documented Native Americans and their way of life in the western United States and British Columbia. His efforts resulted in a 20-volume visual record accompanied by text--a document unequaled in the history of photography. 68 photographs from the original collection have been selected for this Aperture book; the result is a compilation of Curtis' best-known images documenting the Native American way of life.
Joseph Epes Brown, author of "The Sacred Pipe" and "The Spiritual Legacy of the American Indian," has written an insightful introduction, and has also selected texts to accompany the photographs to suggest the quality of mood and message that Curtis wanted to convey.

Title: The North American Indians: A Selection of Photographs by Edward S. Curtis

Description: 089381492X Crisp, clean, unread book with some shelfwear and a remainder mark to one edge - NICE

The North American Indians: A Selection of Photographs by Edward S. Curtis