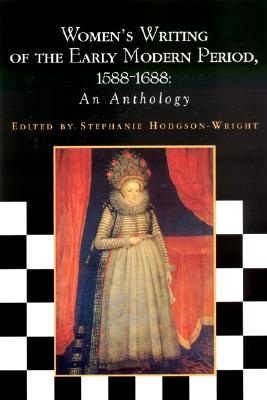 This anthology brings together a broad selection of women's writings from the Early Modern period, most of which are unavailable elsewhere. Unlike many anthologies in the field, this one is multigenre, including poetry, literary prose, polemical prose, and drama. Full texts and substantial extracts are included of writings by Elizabeth I, Margaret Cavendish, Anna Trapnel, Aphra Behn, Mary Carleton, Mary Herbert, Jane Anger, Rachel Speght, and others. Spelling and punctuation have been modernized. Augmenting the texts are brief biographies, bibliographies, an index of themes, and a general introduction covering the wider social and religious context in which women wrote and elucidating issues of feminism and feminine authorship.