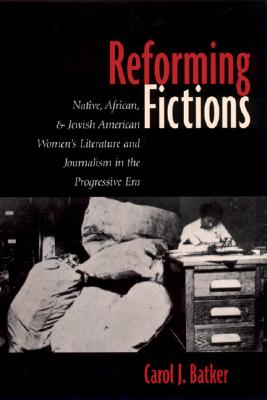 Recovering a lost chapter of literary and political history, this fresh, multicultural reading of the work of women writers of the Progressive era situates their fiction in the context of their reform journalism and political activism.

As Native, African, and Jewish American women gained access to education, developed women's clubs, and joined political organizations, they wrote to reform the nation, engaging themselves politically and creating a cross-cultural dialogue between journalism and fiction. Early in this century, writers such as Zitkala-Sa, Mourning Dove, Alice Dunbar-Nelson, and Anzia Yezierska developed their writing careers through affiliations with reform organizations. They worked for Pan-Indianism, racial uplift, immigrant aid, or social welfare. Carol Batker explores the impact of their journalism and political work on their fiction. She demonstrates points of contact among these women that suggest mutual influence and conversations across racial and ethnic lines -- revealing important historical antecedents to contemporary debates about multiculturalism in America.