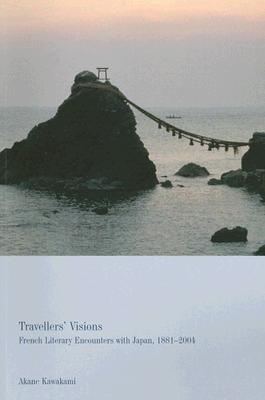 "Travellers' Visions" adds another perspective to ongoing debates over colonialism with an examination of the intercultural relations between France, a major colonial empire for nearly three centuries, and Japan, a country that has remained mostly autonomous throughout its existence.
In this analytic history of French literary images of Japan, from soon after its reopening to the West to the present day, Kawakami examines the work of many of France's most revered authors including Marcel Proust, Paul Claudel, and Roland Barthes, along with other, lesser-known writers and artists, such as Loti and Farrere, as they embarked on journeys--literary and real--to this "exotic" land. Authors are discussed according to type-- journalists, diplomats, or collectors, for example--and the close readings are accompanied by Gerard Mace's beautiful and rarely seen photographs. "Travellers' Visions" offers new clarity to current intellectual debates and will be a valuable resource to students and scholars of French literature and Asian history alike.