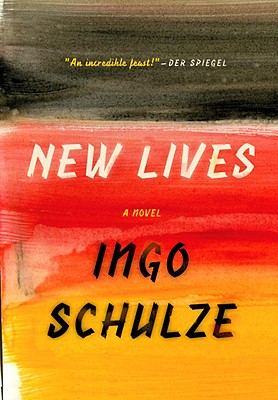 East Germany, January 1990. Enrico Turmer, man of the theater, secret novelist, turns his back on art and signs on to work at a newly started newspaper. Freed from the compulsion to describe the world, he plunges into everyday life. Under the guidance of his Mephisto, the ever-present Clemens von Barrista, the former aesthete suddenly develops worldly ambitions even he didn't know he had.
This upheaval in our hero's life, mirrored in the vaster upheaval gripping Germany itself after the fall of the Berlin Wall and the birth pangs of a reunified nation, is captured in the letters Enrico writes to the three people he loves most: his sister, Vera; his childhood friend Johann; and Nicoletta, the unattainable woman of his dreams. As he discovers capitalism and reports on his adventures as a businessman, he peels away the layers of his previous existence, in the process creating the thing he has dreamed of for so long--the novel of his own life, in whose facets contemporary history is captured. Thus Enrico comes to embody all the questionable aspects not only of life in the old Germany, but of life in the Germany just taking form.
Once again Ingo Schulze proves himself a master storyteller, with an inimitable power to reconjure the complete insanity of this wildest time in postwar German history. As its comic chronicler, he unfurls a panorama of a world in transformation--and the birth of a new era.