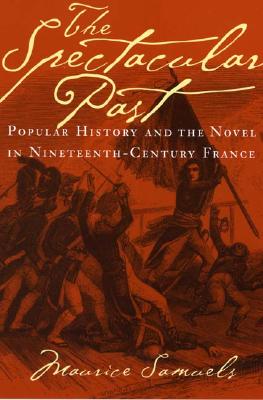 The Spectacular Past: Popular History and the Novel in Nineteenth-Century France

Struggling to make sense of the Revolution of 1789, the French in the nineteenth century increasingly turned to visual forms of historical representation in a variety of media. Maurice Samuels shows how new kinds of popular entertainment introduced during and after the Revolution transformed the past into a spectacle. The wax display (in which visitors circulated amid life-size statues of historical figures), the phantasmagoria show (in which images of historical personages were projected onto smoke or invisible screens), and the panorama (in which spectators viewed giant circular canvases depicting historical scenes) employed new optical technologies to entice crowds of spectators. Such entertainments, Samuels asserts, provided bourgeois audiences with an illusion of mastery over the past, allowing them to picture their new role as historical agents.Samuels demonstrates how the spectacular mode of historical representation pervaded historiography, drama, and the novel during the Romantic period. He then argues that the early Realist fiction of Balzac and Stendhal emerged as a critique of the spectacular historical imagination. By investigating how postrevolutionary France envisioned the past, Samuels illuminates a vital moment in the cultural history of modernity.

Title: The Spectacular Past: Popular History and the Novel in Nineteenth-Century France

The Spectacular Past: Popular History and the Novel in Nineteenth-Century France