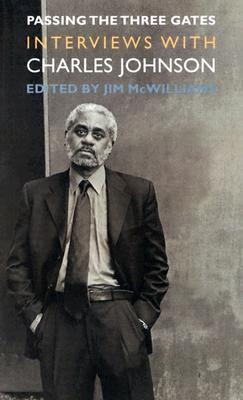 Known for his blending of philosophy, spirituality, humor, and a rollicking good story, Charles Johnson is one of the most important novelists writing today. From his magical first novel, "Faith and the Good Thing," to his decidedly philosophical "Oxherding Tale"; from his swashbuckling indictment of the slave trade in the National Book Award-winning "Middle Passage," to his more recent imaginative treatment of Martin Luther King Jr. in "Dreamer," Johnson has continually surprised, instructed, and entertained his many avid readers. As this collection of interviews suggests, the novelist is as multifaceted and complex as his novels. Trained in cartooning and philosophy, martial arts and meditation, and producing teleplays, photobiographies, and literary criticism in addition to fiction, Charles Johnson represents a model of what he calls "life as art."

Jim McWilliams has gathered here the most significant of Johnson's many interviews in a chronological progression, giving an invaluable account of Johnson's development from the late 1970s until the early years of the twenty-first century. Drawn from a neighborhood newsletter and an alumni magazine as well as the most prestigious academic journals, these interviews bring up many essential elements of Johnson's life and work: his religious development from the AME Church to Buddhism; the importance to him of family; his emergence out of the civil rights and the black power movements, and how his writing responds to both; the importance of his relationship with his mentor John Gardner and his own work as a teacher of creative writing; his interest in phenomenology and philosophical fiction. Capping the collection are two previously unpublished interviews that reflect back upon Johnson's career, even as they look forward to what Johnson calls "Act Three" of his life.

Alluding to the "Three Gates" of Buddhist "Right Speech," the title of this volume aptly captures the generous spirit that characterizes Charles Johnson's work. An indispensable resource for all of Johnson's many readers, "Passing the Three Gates" represents both the transformation of the artist over time and the continuity and endurance of his aesthetic and spiritual vision.

"Among the most brilliant writers in America, Charles Johnson possesses a complex vision of art, spirituality, culture, and race that is expressed most powerfully, no doubt, in his wonderful novels and short stories. However, this book allows us, perhaps, a more explicit and varied engagement with this vision, and his surpassing intellectual range and his hard-won wisdom. It is both an essential companion to his superb fiction and a treasure in its own right." - Arnold Rampersad, Stanford University

""Passing the Three Gates" is a well-crafted collection. It suggests not only the breadth of Charles Johnson's thought but its essential unity, and while it ranges across literature, politics, philosophy, art, and spirituality, it reveals a vision and an intellect of enormous vitality and power. Anyone interested in understanding Johnson will find it indispensable, and anyone already familiar with Johnson will find in it persistent corroboration of his singular genius." - David Guterson

"Today there is so much talk that it almost seems an epidemic of syllabic noise. That one can not only speak with eloquence but think up above the trivial - as well as down far below sea level - is a boon to our moment. As a writer, Charles Johnson has repeatedly established himself and his position in a confused and confusing era. As a talker, while remaining right on the case of this age we find ourselves in, Charles Johnson moves us back into those times when conversation was a serious thing, when windbags were either not allowed or were outside of earshot. His mind and his writing are two of the marvels of our time and, here, he proves that the same is true of his talk." - Stanley Crouch

"A standing ovation I was already impressed with Charles Johnson as a novelist, and now this collection of interviews confirms him as a thinker and reveals that, indeed, behind his ideas of philosophical fiction stands a first rate philosopher. As entertaining as they are insightful, these interviews give us a greater understanding of Charles Johnson's oeuvre and mark him as that rare lion of American Letters: an original." - August Wilson

"These are, in the true sense, conversations: they show the writer listening as well as speaking - and paying close attention to the work of words. This has long been one of Charles Johnson's great strengths: his ability to witness and, in the very act of witnessing, change what and how we see. To focus as well as enlarge it. At the end of the book one wants to hear more, and I put it away with the happy conviction that this is a writer to treasure, a book to return to again and again." - Nicholas Delbanco