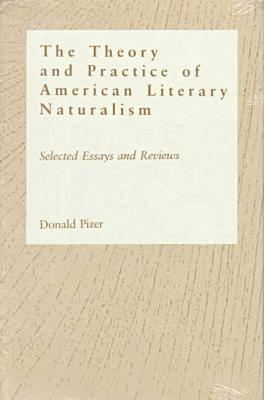 In his first book devoted exclusively to naturalism, Donald Pizer brings together thirteen essays and four reviews written over a thirty-year period that in their entirety constitute a full-scale interpretation of the basic character and historical shape of naturalism in America.

The essays fall into three groups. Some deal with the full range of American naturalism, from the 1590s to the late twentieth century, and some are confined either to the 1890s or to the twentieth century. In addition to the essays, an introduction in which Pizer recounts the development of his interest in American naturalism, reviews of recent studies of naturalism, and a selected bibliography contribute to an understanding of Pizer's interpretation of the movement.

One of the recurrent themes in the essays is that the interpretation of American naturalism has been hindered by the common view that the movement is characterized by a commitment to Emile Zola's deterministic beliefs and that naturalistic novels are thus inevitably crude and simplistic both in theme and method. Rather than accept this notion, Pizer insists that naturalistic novels be read closely not for their success or failure in rendering obvious deterministic beliefs but rather for what actually does occur within the dynamic play of theme and form within the work.

Adopting this method, Pizer finds that naturalistic fiction often reveals a complex and suggestive mix of older humanistic faiths and more recent doubts about human volition, and that it renders this vital thematic ambivalence in increasingly sophisticated forms as the movement matures. In addition, Pizer demonstrates that American naturalism cannot be viewed monolithically as a school with a common body of belief and value. Rather, each generation of American naturalists, as well as major figures within each generation, has responded to threads within the naturalistic impulse in strikingly distinctive ways. And it is indeed this absence of a rigid doctrinal core and the openness of the movement to individual variation that are responsible for the remarkable vitality and longevity of the movement.

Because the essays have their origin in efforts to describe the general characteristics of American naturalism rather than in a desire to cover the field fully, some authors and works are discussed several times (though from different angles) and some referred to only briefly or notat all. But the essays as a collection are "complete" in the sense that they comprise an interpretation of American naturalism both in its various phases and as a whole. Those authors whose works receive substantial discussion include Stephen Crane, Frank Norris, Theodore Dreiser, Edith Wharton, James T. Farrell, Norman Mailer, Joyce Carol Oates, and William Kennedy. Of special interest is Pizer's essay on "Ironweed, "which appears here for the first time.