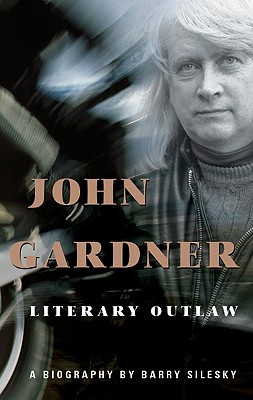 For a decade--from 1973 to 1982--John Gardner was one of America's most famous writers and certainly its most flamboyantly opinionated. His 1973 novel, The Sunlight Dialogues, was on the New York Times bestseller list for fourteen weeks. Once in the limelight, he picked public fights with his peers, John Barth, Joseph Heller, and Norman Mailer among them, and wrote five more bestsellers.
Gardner's personal life was as chaotic as his writing life was prolific. At twenty, he married his cousin Joan, and after a long marriage that was both passionate and violent, left her for Liz Rosenberg, a student. Only a few years later, he left Rosenberg for another student, Susan Thornton. Famous for disregarding his own safety, he rode his motorcycle at crazy speeds, incurred countless concussions, and once broke both of his arms. He survived what was diagnosed as terminal colon cancer only to resume his prodigious drinking and to die in a motorcycle accident at age forty-nine, a week before his third wedding.
Biographer Barry Silesky captures John Gardner's fabulously contradictory genius and his capacity to both dazzle and infuriate. He portrays Gardner as a man of unrestrained energy and blatant contempt for convention and also as a man whose charisma drew students and devoted followers wherever he went. Amazingly, Gardner published twenty-nine books in all, including eleven fiction titles, a book-length epic poem, six books of medieval criticism, and a major biography. Twenty-one years after his death, his On Moral Fiction and The Art Of Fiction are still read and debated in MFA programs across the country.
This is a full-scale biography of a writer who was, for ten years, almost bigger than life. It lives up to its subject magnificently.