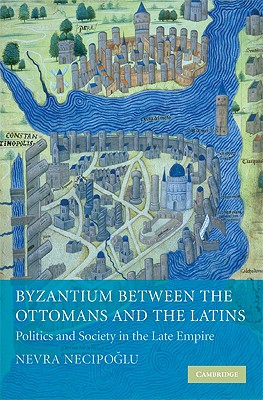 Byzantium between the Ottomans and the Latins: Politics and Society in the Late Empire

This is a detailed 2009 analysis of Byzantine political attitudes towards the Ottomans and western Europeans during the critical last century of Byzantium. The book covers three major regions of the Byzantine Empire - Thessalonike, Constantinople, and the Morea - where the political orientations of aristocrats, merchants, the urban populace, peasants, and members of ecclesiastical and monastic circles are examined against the background of social and economic conditions. Through its particular focus on the political and religious dispositions of individuals, families and social groups, the book offers an original view of late Byzantine politics and society that is not found in conventional narratives. Drawing on a wide range of Byzantine, western and Ottoman sources, it authoritatively illustrates how late Byzantium was drawn into an Ottoman system in spite of the westward-looking orientation of the majority of its ruling elite.

Title: Byzantium between the Ottomans and the Latins: Politics and Society in the Late Empire

Byzantium between the Ottomans and the Latins: Politics and Society in the Late Empire