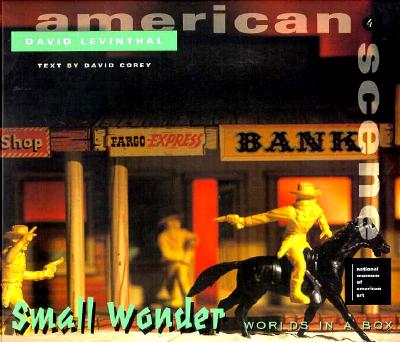 In the general introduction to these first two books in the National Museum of American Art's new series, "American Scene," the series editor and series curator express a hope to "present the evolving portrait of America" in a time when "the myth of the melting pot' has given way to a social fabric woven into a coat of many colors.'" While that noble dream is well on its way to being realized here, the reality still does not quite feel like art. The work of Bernice Abbott and Robert Frank, referred to in the introduction, provides insights into American life but is also characterized by a particular way of seeing. These books have less the effect of art than of photojournalism-though perhaps the best sort, one encouraging contemplation rather than sensationalism. Unfortunately, the problem lies largely in the nature of series, the constraints of size and format and introduction, which here places as much weight on the editors' vision as the individual photographer's ability to see. That said, these are nonetheless valuable documents of today's middle America, by turns pleasant and disturbing, honest, and mythical. Pratt focuses on the county fairs of the Midwest, the traditions they maintain, and, most importantly, the people who attend them. Arndt photographs men, mostly working class, mostly in crumbling cities, establishing a sense of unity among his subjects that makes it the more successful of the books. In these two multiple-image portraits, public libraries will find a moving record of fading people and their traditions.-Eric Bryant Library Journal