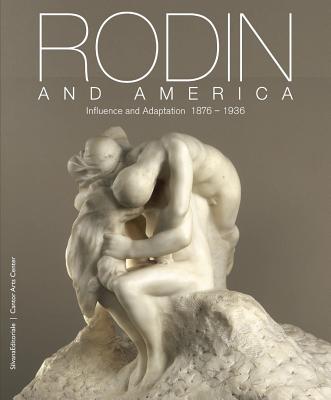 From the end of the nineteenth century until his death in 1917, the French sculptor Auguste Rodin was arguably the most famous artist in the western world. Celebrated in endless exhibitions throughout Europe, he enjoyed the patronage of governments, as well as aristocrats, businessmen, politicians and celebrities from Buenos Aires to Prague. His personal notoriety made him a focus of adulation and emulation, and for decades he exerted a profound influence on American art, particularly through the efforts of patrons such as Sarah Hallowell and Isabella Stewart Gardner. Published on the occasion of a major exhibition at Cantor Arts Center at Stanford University, this massive assessment of Rodin's impact in America includes sculptures and watercolors by Rodin that illuminate the qualities in his art most admired by young American artists. But the volume's primary focus is upon works by American sculptors such as Malvina Hoffman and Lorado Taft, as well as by American artists working in two dimensions, such as the photographer Edward Steichen and the painter Georgia O'Keeffe, who most clearly exemplify Rodin's influence and its eventual decline as other modernist fashions eclipsed him. At nearly 500 pages, "Rodin in America" thoroughly excavates a hidden strain in American art and provides a long overdue reminder of Rodin's prodigious gifts as a sculptor.