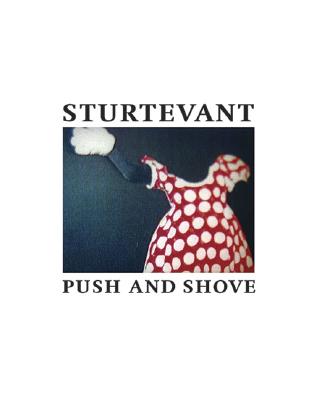 An art-world legend records that somebody once asked Andy Warhol about his process, to which he replied, "I don't know. Ask Elaine." True or not, one thing is sure--Elaine Sturtevant likes to fake it. Working alongside her contemporaries since the mid-1960s, the artist is best known today for her reproductions of then-radical works by Andy Warhol, Frank Stella, Claus Oldenburg, Jasper Johns, Joseph Beuys, and others. Mainly absent from the art scene in the 1970s, Sturtevant reemerged in the 1980s, and has adhered to her rigorous conceptual strategy ever since, even re-creating Paul McCarthy's fabulously grotesque video performance, "The Painter" in 2002. Exploring notions of originality, replication and simulacra, Sturtevant's work has been a meditation on as much as a provocation of such concepts, and has continued to garner attention in her 40 years of practice in the fields of art history and philosophy. Included here are images of her re-installation of Marcel Duchamp's 1,200 coal bags at New York's Perry Rubinstein Gallery and stills from her 1967 film, "Nude Descending a Staircase." Also represented is the artist's seven-channel video installation from 2003, "The Dark Threat of Absence/Fragmented and Sliced."

Description: 8881585448 Crisp, clean, unread paperback with light shelfwear to the covers and a publisher's mark to one edge - Nice!