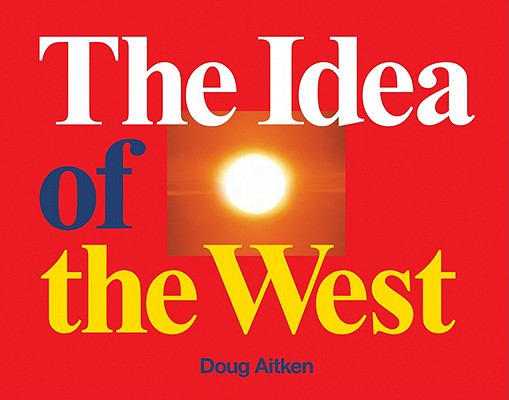 Doug Aitken: The Idea of the West

"Sunsets over the Pacific." "Surfers." "Movie stars." "Coyotes in the street." "Sex." Doug Aitken's "The Idea of the West "gathers the responses of 1,000 people on the streets who were asked "What is your idea of the West?" and assembles this amazing manifesto from their replies. Through an assortment of more than 200 color and black-and-white images juxtaposed with responses to this question, "The Idea of the West "takes the reader on a high-speed journey across space and time to trace the mythology of the New West. The volume also features conversational fragments by a host of creators based in the Pacific region, including Devendra Banhart, Bruce Brown, Charles Burnett, Exene Cervenka, Fallen Fruit, Simone Forti, Fritz Haeg, Miranda July, No Age, Raymond Pettibon, Rodarte and Ryan Trecartin. A hybrid artist's book that brings together elements from classic 1970s photobooks, agit-prop paperbacks and music zines, "The Idea of the West "reflects Aitken's always expansive approach to art-making.
Known primarily for multi-screen video installations that function as immersive explorations of the experience of time and location, Doug Aitken has also directed many live happenings, including his "Broken Screen" happening in Los Angeles and the "99 Cent Dreams" and "Sonic" happenings in New York. In 2009, Aitken orchestrated a real-time opera that assembled auctioneers performing against the rhythms of his "Sonic Table," at Il Tempo del Postino, at Theatre Basel and presented a performance during the opening of his multichannel video installation frontier in Rome.

Title: Doug Aitken: The Idea of the West

Description: 1935202510 Crisp, clean, unread hardcover with light shelfwear to the boards, no dust jacket as issued with a publisher's mark to one edge - Nice!

Doug Aitken: The Idea of the West