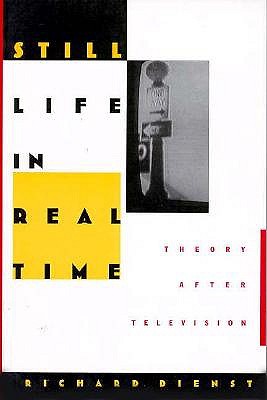 Television can be imagined in a number of ways: as a profuse flow of images, as a machine that produces new social relationships, as the last lingering gasp of Western metaphysical thinking, as a stuttering relay system of almost anonymous messages, as a fantastic construction of time. Richard Dienst engages each of these possibilities as he explores the challenge television has posed for contemporary theories of culture, technology, and media.
Five theoretical projects provide "Still Life in Real Time" with its framework: the cultural studies tradition of Raymond Williams; Marxist political economy; Heideggerian existentialism; Derridean deconstruction; and a Deleuzian anatomy of images. Drawing lessons from television programs like "Twin Peaks" and "Crime Story," television events like the Gulf War, and television personalities like Madonna, Dienst produces a remarkable range of insights on the character of the medium and on the theories that have been affected by it.
From the earliest theorists who viewed television as a new metaphor for a global whole, a liberal technology empty of ideological or any other content, through those who saw it as a tool for consumption, making time a commodity, to those who sense television's threat to being and its intimate relation to power, Dienst exposes the rich pattern of television's influence on philosophy, and hence on the deepest levels of contemporary experience.
A book of theory, "Still Life in Real Time" will compel the attention of all those with an interest in the nature of the ever present, ever shifting medium and its role in the thinking that marks our time.