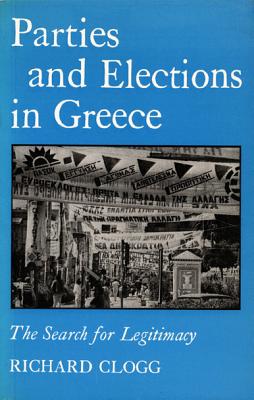 Parties and Elections in Greece: The Search for Legitimacy

Although Greece acquired the formal institutions of liberal constitutional democracy early in her independent history, her politics have been characterized by clientelism, instability and frequent military intervention. The most blatant instance of 'praetorianism' was the military dictatorship of 1967-74. Yet in the years since the Colonels' downfall, the political system appears to have acquired a new legitimacy. Although many features of the 'old' politics remain, recent years have seen the collapse of the traditional centre and the emergence of new political formations, reflecting the rapid pace of post-war socio-economic change. And 1981 saw the election by a convincing majority of a socialist government, the first ever in Greece, committed to radical domestic transformation and to a major reorientation of external relations.

Title: Parties and Elections in Greece: The Search for Legitimacy

Description: 0822308231 Crisp, clean, unread paperback with light shelfwear to the covers and a publisher's mark to one edge - Nice!

Parties and Elections in Greece: The Search for Legitimacy