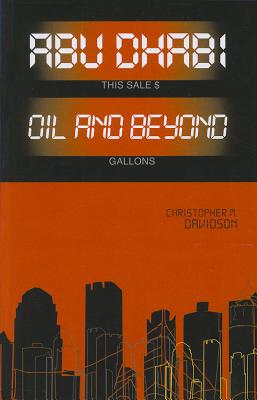 Abu Dhabi: Oil and Beyond (Columbia/Hurst)

A rising economic power, Abu Dhabi, the capital city of the United Arab Emirates, is poised to become a major player in the fortunes of both Third and First World countries. Abu Dhabi owns more than 8 percent of the world's oil reserves, has close to one trillion dollars to invest in sovereign wealth funds, and is about to implement a masterful set of economic initiatives that will yield even greater returns.

Abu Dhabi has begun to eclipse its partner city, Dubai, in terms of sheer wealth and cultural and infrastructural development, opening the world's first Ferrari theme park and erecting satellite branches of the Guggenheim and the Louvre. Author of the best-selling "Dubai: The Vulnerability of Success" and an expert on Gulf politics, Christopher M. Davidson tracks Abu Dhabi's remarkable growth from a modest, eighteenth-century sheikhdom to its present opulent state. He recounts the dramatic efforts made by the emirate's dynastic family to retain their power, detailing the system of "tribal capitalism" they created in order to reconcile old political allegiances with modern engines of growth. Davidson concludes with potential challenges to Abu Dhabi's political and economic success, including a weakening of civil society, invasive media censorship, an ongoing labor crisis, increasing federal unrest, and persistent underperformance in the education sector.

Description: 0231701071 Crisp, clean, unread paperback with light shelfwear to the covers and a publisher's mark to one edge - Nice!

Abu Dhabi: Oil and Beyond (Columbia/Hurst)