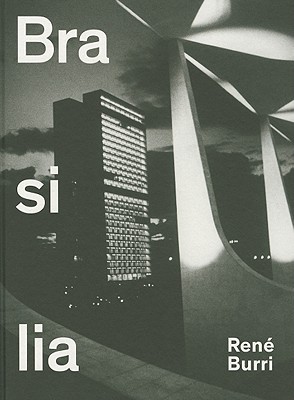 Last year marked the fiftieth anniversary of the inauguration of Brazil's capital Brasilia. Designed by architects Lucio Costa and Oscar Niemeyer, it has since become one of the most famous and widely studied urban planning projects. Niemeyer's cathedral, Catedral Metropolitana Nossa Senhora Aparecida; his building for the national parliament, the Congresso Nacional; and the city's 707-foot television tower have become icons of twentieth-century architecture. The entire city, marked by its cross-shaped layout and vast open spaces, was named a UNESO World Heritage site in 1987.

Rene Burri, an internationally celebrated Swiss-born photographer and member of the legendary Magnum agency, visited the city for the first time on a long journey around South America in 1958, when most of Brasilia was a vast building site. He returned many times over more than thirty years, documenting the growth and development of this urban utopia. Besides documenting the buildings in various stages of completion, Burri took portraits of Niemeyer and his workers and photographed Brasilia's street scenes and people: workers with their tools, machinery and building materials, pedestrians on the newly finished streets and squares, and aerial views from the air of the city's first slums abutting brand-new blocks of residential buildings. His images capture the strong sense of a new era and a vibrant atmosphere of hard work and strain; they reflect the huge dimensions of the landscape and the great scale of this project and its ambition to design and build a new capital--and fill it with life.Complete with an essay by eminent architect and scholar of architectural history Arthur Ruegg, "Rene Burri. Brasilia" marks the city's fiftieth anniversary and allows readers to look at an extraordinary city through the eyes of an exceptional photographer.

Description: 3858813079 Crisp, clean, unread book with some shelfwear and a remainder mark to one edge - NICE