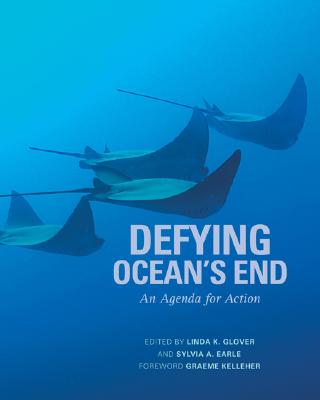 If humankind were given a mandate to do everything in our power to undermine the earth's functioning, we could hardly do a better job than we have in the past thirty years on the world's oceans, both by what we are putting into it-millions of tons of trash and toxic materials-and by what we are taking out of it-millions of tons of wildlife. Yet only recently have we begun to understand the scale of those impacts.
Defying Ocean's End is the result of an unprecedented effort among the world's largest environmental organizations, scientists, the business community, media, and international governments to address these marine issues. In June 2003, in the culmination of a year-long effort, they met specifically to develop a comprehensive and achievable agenda to reverse the decline in health of the world's oceans.
As conservation organizations begin to expand their focus from land issues to include a major focus on preservation of the sea, it is increasingly apparent that we have to approach marine conservation differently and at much larger scale than we have to date. What's also clear is the magnitude and immediacy of the growing ocean concerns are such that no one organization can handle the job alone.
Defying Ocean's End is a bold step in bringing the resources needed to bear on this vast problem before it is too late. It offers a broad strategy, a practical plan with priorities and costs, aimed at mobilizing the forces needed to bring about a "sea change" of favorable attitudes, actions, and outcomes for the oceans-and for all of us.

Description: 1559637552 Crisp, clean, unread paperback with light shelfwear to the covers and a publisher's mark to one edge - Nice!