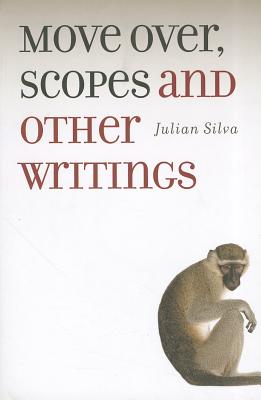 Move Over, Scopes: and Other Writings (Portuguese in the Americas Series)

Move Over, Scopes and Other Writings both extends Julian Silva's richly-textured portrait of Portuguese-American community life in his narrative diptych, Distant Music, and enlarges it to include subjects as varied as backbiting London theatre has-beens ("The Waxworks Show"), a final pilgrimage to the Bronte parsonage ("A Visit to Haworth"), and recollections of a Japanese-American babysitter interned following Pearl Harbor ("Kimi"). As always, Silva is fully attentive to descriptive detail and apt choice of metaphor--nowhere more so than in recalling livestock being raised and dispatched in "Coming to Terms with the Facts of Animal Life."
The novella Move Over, Scopes, however, does it all, as Henry Ramos attempts to mollify fellow Portuguese-American Catholics--led by his own wife Louise--outraged over Estelle Dobson teaching Darwin's theory of evolution. Twists and turns include machinations of a hotly contested School Board election and the need to resist Miss Dobson's seductive appeal. At a time when Creationism may be making a come-back, Move Over, Scopes could not be more timely.

Title: Move Over, Scopes: and Other Writings (Portuguese in the Americas Series)

Description: 1933227338 Crisp, clean, unread paperback with light shelfwear to the covers and a publisher's mark to one edge - Nice!

Move Over, Scopes: and Other Writings (Portuguese in the Americas Series)