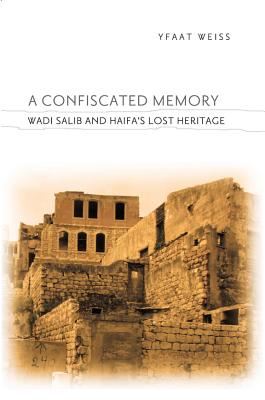 Yfaat Weiss tells the story of an Arab neighborhood in Haifa that later acquired iconic status in Israeli memory. In the summer of 1959, Jewish immigrants from Morocco rioted against local and national Israeli authorities of European origin. The protests of Wadi Salib generated for the first time a kind of political awareness of an existing ethnic discrimination among Israeli Jews. However, before that, Wadi Salib existed as an impoverished Arab neighborhood. The war of 1948 displaced its residents, even though the presence of the absentees and the Arab name still linger.

Weiss investigates the erasure of Wadi Salib's Arab heritage and its emergence as an Israeli site of memory. At the core of her quest lies the concept of property, as she merges the constraints of former Arab ownership with requirements and restrictions pertaining to urban development and the emergence of its entangled memory. Establishing an association between Wadi Salib's Arab refugees and subsequent Moroccan evacuees, Weiss allegorizes the Israeli amnesia about both eventual stories--that of the former Arab inhabitants and that of the riots of 1959, occurring at different times but in one place. Describing each in detail, Weiss uncovers a complex, multilayered, and hidden history. Through her sensitive reading of events, she offers uncommon perspective on the personal and political making of Israeli belonging.

Description: 0231152264 Crisp, clean, unread book with some shelfwear and a remainder mark to one edge - NICE