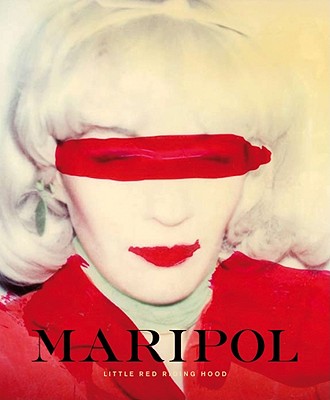 When Madonna's "Like a Virgin" came out in 1984, it wasn't just the songs that made a splash, it was her look. That crucifix jewelry Those earrings Those black rubber bracelets The accessories that gave Madonna her stylistic edge and sparked millions of prepubescent copycats across the globe were the brainchild of Maripol, a designer and stylist who was working at the time as the art director of the Fiorucci store. "I was attracted by objects and I liked to use them by taking away their original meaning," Maripol has said. "I would see something I liked and I'd say, 'That would be great as an earring.'" An habitue of the same New York dance clubs as the singer, Maripol styled Madonna at the outset of the Material Girl's career, both casually and also officially, on the "Like a Virgin "album cover, ensuring the singer an eternal spot in the pantheon of pop style icons. "I was already making the rubber jewelry and I was already making the crosses because of my love for the punks," she said. "So it was perfect for her." Now Maripol, who has just launched a new line of colorful, affordable accessories for Marc Jacobs, opens up her scrapbooks of drawings, designs, photography and writing to create a book that captures her personality as an artist, beginning with her childhood and her arrival in New York as a 19-year-old art school student.
Maripol moved to New York from France in 1976, where she became a part of the New York clubbing and music scene, styling Madonna and working on films such as "Downtown 81 "(starring Jean-Michel Basquiat and Deborah Harry). In the mid-1980s, she opened her own boutique, Maripolitan, in the NoHo area of New York. Maripol has also been art director on music videos for Cher, D'Angelo and Elton John, among others.

Description: 8862081367 Crisp, clean, unread hardcover with light shelfwear to the boards, no dust jacket as issued with a publisher's mark to one edge - Nice!