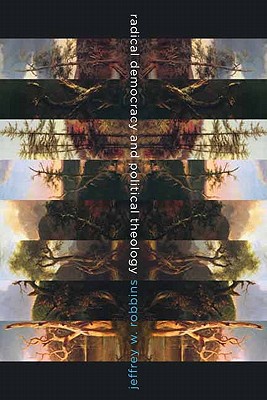 Alexis de Tocqueville once wrote that "the people reign over the American political world like God over the universe," unwittingly casting democracy as the political instantiation of the death of God. According to Jeffrey W. Robbins, Tocqueville's assessment remains an apt observation of modern democratic power, which does not rest with a sovereign authority but operates as a diffuse social force. By linking radical democratic theory to a contemporary fascination with political theology, Robbins envisions the modern experience of democracy as a social, cultural, and political force transforming the nature of sovereign power and political authority.

Robbins joins his work with Michael Hardt and Antonio Negri's radical conception of "network power," as well as Sheldon Wolin's notion of "fugitive democracy," to fashion a political theology that captures modern democracy's social and cultural torment. This approach has profound implications not only for the nature of contemporary religious belief and practice but also for the reconceptualization of the proper relationship between religion and politics. Challenging the modern, liberal, and secular assumption of a neutral public space, Robbins conceives of a postsecular politics for contemporary society that inextricably links religion to the political.

While effectively recasting the tradition of radical theology as a political theology, this book also develops a comprehensive critique of the political theology bequeathed by Carl Schmitt. It marks an original and visionary achievement by the scholar the "Journal of the American Academy of Religion" hailed "one of the best commentators on religion and postmodernism."

Description: 0231156375 Crisp, clean, unread hardcover with light shelfwear to the dust jacket and a publisher's mark to one edge - Nice!