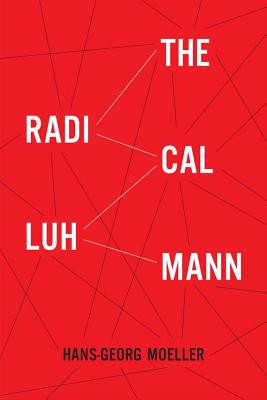 Niklas Luhmann (1927-1998) was a German sociologist and system theorist who wrote on law, economics, politics, art, religion, ecology, mass media, and love. Luhmann advocated a radical constructivism and antihumanism, or "grand theory," to explain society within a universal theoretical framework. Nevertheless, despite being an iconoclast, Luhmann is viewed as a political conservative. Hans-Georg Moeller challenges this legacy, repositioning Luhmann as an explosive thinker critical of Western humanism.

Moeller focuses on Luhmann's shift from philosophy to theory, which introduced new perspectives on the contemporary world. For centuries, the task of philosophy meant transforming contingency into necessity, in the sense that philosophy enabled an understanding of the necessity of everything that appeared contingent. Luhmann pursued the opposite -- the transformation of necessity into contingency. Boldly breaking with the heritage of Western thought, Luhmann denied the central role of humans in social theory, particularly the possibility of autonomous agency. In this way, after Copernicus's cosmological, Darwin's biological, and Freud's psychological deconstructions of anthropocentrism, he added a sociological "fourth insult" to human vanity.

A theoretical shift toward complex system-environment relations helped Luhmann "accidentally" solve one of Western philosophy's primary problems: mind-body dualism. By pulling communication into the mix, Luhmann rendered the Platonic dualist heritage obsolete. Moeller's clarity opens such formulations to general understanding and directly relates Luhmannian theory to contemporary social issues. He also captures for the first time a Luhmannian attitude toward society and life, defined through the cultivation of modesty, irony, and equanimity.

Description: 0231153783 Crisp, clean, unread book with some shelfwear and a remainder mark to one edge - NICE