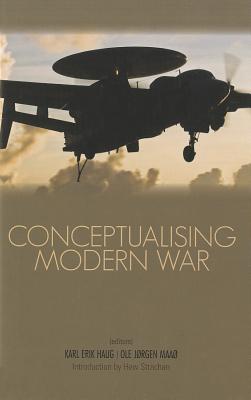 Scholars have struggled to establish a definition of contemporary warfare that recognizes the unique character of conflict since the end of the Cold War. Whether such battles have been fought in the former Yugoslavia, Iraq, or Afghanistan, "asymmetrical warfare," "Fourth Generation War," and "New War" are the best terms we have to describe them. Conceptualizing war accurately and effectively is essential, for along with trying to define the these conflicts successfully, and in order nature of modern warfare, western military establishments, led by the Pentagon, must fight to do so they need to fully comprehend events on the ground. Network-Centric Warfare (NCW) and Effects-Based Operations (EBO) are two prominent examples of working, useful theories, yet both fail to capture the complete dynamics of modern military realities.

The contributors to this volume highlight the inability of current models to create winning strategies. Hew Strachan (Oxford University), David Kilcullen (Caerus Associates), Steven Metz (United States Army War College), Helen Dexter (The University of Manchester), and Ian Beckett (University of Northampton), among other scholars, examine existing concepts and forge new paths in thinking and research. Their work forces readers to reengage with recent battles they think they know well and reconsider the development and waging of war itself.

Description: 0231702949 Crisp clean unread hardcover with light shelfwear to the dust jacket and a publishers mark to one edge - Nice!