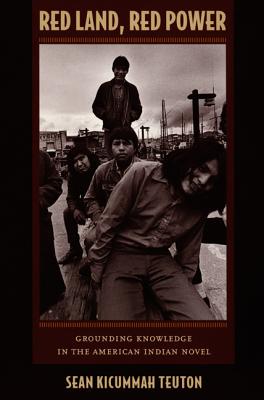 In lucid narrative prose, Sean Kicummah Teuton studies the stirring literature of "Red Power," an era of Native American organizing that began in 1969 and expanded into the 1970s. Teuton challenges the claim that Red Power thinking relied on romantic longings for a pure Indigenous past and culture. He shows instead that the movement engaged historical memory and oral tradition to produce more enabling knowledge of American Indian lives and possibilities. Looking to the era's moments and literature, he develops an alternative, "tribal realist" critical perspective to allow for more nuanced analyses of Native writing. In this approach, "knowledge" is not the unattainable product of disinterested observation. Rather it is the achievement of communally mediated, self-reflexive work openly engaged with the world, and as such it is revisable. For this tribal realist position, Teuton enlarges the concepts of Indigenous identity and tribal experience as intertwined sources of insight into a shared world.

While engaging a wide spectrum of Native American writing, Teuton focuses on three of the most canonized and, he contends, most misread novels of the era--N. Scott Momaday's "House Made of Dawn" (1968), James Welch's "Winter in the Blood "(1974), and Leslie Marmon Silko's "Ceremony" (1977). Through his readings, he demonstrates the utility of tribal realism as an interpretive framework to explain social transformations in Indian Country during the Red Power era and today. Such transformations, Teuton maintains, were forged through a process of political awakening that grew from Indians' rethought experience with tribal lands and oral traditions, the body and imprisonment, in literature and in life.

Description: 0822342413 Crisp, clean, unread paperback with light shelfwear to the covers and a publisher's mark to one edge - Nice!