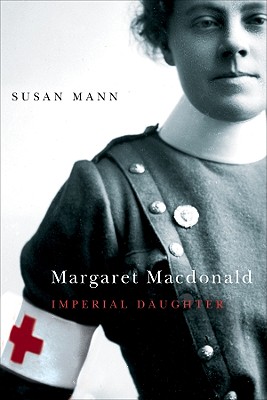 During an era of separate spheres for men and women, Margaret Macdonald used her nurse's training to gain access to the military and a life of work, travel, and adventure. In 1906, she was one of the first two nurses to receive a permanent appointment to the Canadian Army Medical Corps. She became matron-in-chief of Canada's overseas nursing service during World War I with the rank of major - the first such appointment for a woman in the British Empire. Macdonald also served as a nurse in the military during the Spanish-American and Boer Wars and in Panama during the construction of the canal.

Description: 0773538003 Crisp, clean, unread paperback with light shelfwear to the covers and a publisher's mark to one edge - Nice!