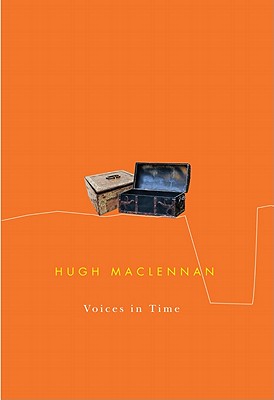 In the 1980s the Bureaucracy eliminated all knowledge of the past in the wake of a nuclear holocaust. In 2030 Andre Gervais discovers two metal boxes containing manuscripts, diaries, and other personal papers that have somehow survived and asks an old man, John Wellfleet, to use these documents to discover the past. In doing so, Wellfleet learns the truth about two relatives: his older cousin Timothy Wellfleet, a Montreal TV journalist at the time of the 1970 War Measures Act, and his stepfather, Conrad Dehmel, a German scholar struggling to keep his Jewish fiancee and himself safe from Hitler's Gestapo. Hugh MacLennan skillfully juxtaposes the insanity of life in Nazi Germany, the political climate of Montreal in the 1980s, and the perspective of an old man looking back on the conditions that led to world destruction as the background to an unforgettable love story. McGill-Queen's University Press is pleased to announce the reprinting of five classic works by Hugh MacLennan - Each Man's Son, Return of the Sphinx, Two Solitudes, The Watch That Ends the Night, and Voices in Time - in a trade paper format and student mass-market edition.

Description: 0773524940 Crisp, clean, unread paperback with light shelfwear to the covers and a publisher's mark to one edge - Nice!