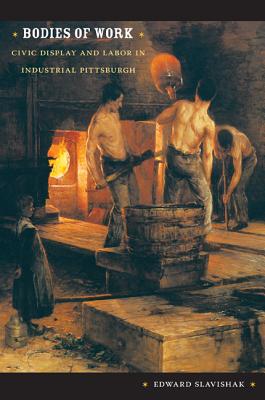 By the end of the nineteenth century, Pittsburgh emerged as a major manufacturing center in the United States. Its rise as a leading producer of steel, glass, and coal was fueled by machine technology and mass immigration, developments that fundamentally changed the industrial workplace. Because Pittsburgh's major industries were almost exclusively male and renowned for their physical demands, the male working body came to symbolize multiple often contradictory narratives about strength and vulnerability, mastery and exploitation. In "Bodies of Work," Edward Slavishak explores how Pittsburgh and the working body were symbolically linked in civic celebrations, the research of social scientists, the criticisms of labor reformers, advertisements, and workers' self-representations. Combining labor and cultural history with visual culture studies, he chronicles a heated contest to define Pittsburgh's essential character at the turn of the twentieth century, and he describes how that contest was conducted largely through the production of competing images.

Slavishak focuses on the workers whose bodies came to epitomize Pittsburgh, the men engaged in the arduous physical labor demanded by the city's metals, glass, and coal industries. At the same time, he emphasizes how conceptions of Pittsburgh as quintessentially male limited representations of women in the industrial workplace. The threat of injury or violence loomed large for industrial workers at the turn of the twentieth century, and it recurs throughout "Bodies of Work" in the marketing of artificial limbs, statistical assessments of the physical toll of industrial capitalism, clashes between labor and management, the introduction of workplace safety procedures, and the development of a statewide workmen's compensation system.

Description: 0822342251 Crisp, clean, unread paperback with light shelfwear to the covers and a publisher's mark to one edge - Nice!