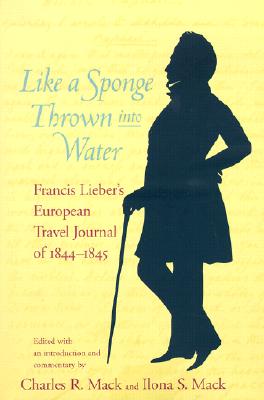 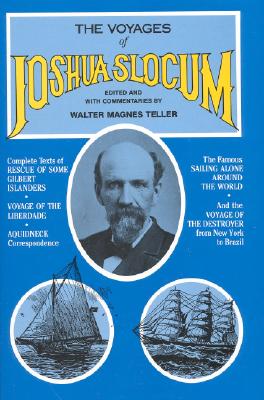 The Voyages of Joshua Slocum: A Crew Member's Inside Story of the BT GLobal Challenge 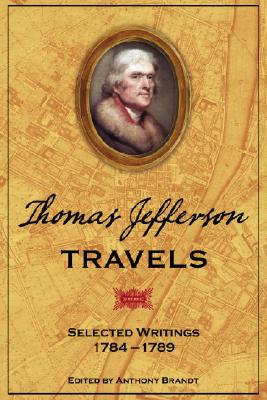 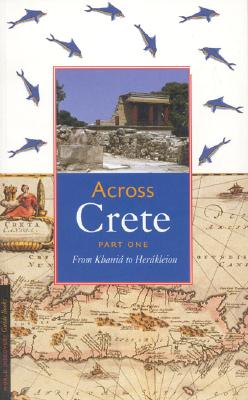 The National Trust Guide to England, Wales, and Northern Ireland

After successive waves of rulers throughout history, Crete has served as a crossroads where the Eastern and Western worlds have met and exchanged skills and ideas, materials and artifacts, and acquired layered strata of history unlike any other land. That history is explored in this collection through the writings of various travelers from around the world. This is the first of three illustrated books that will span the great island from east to west. 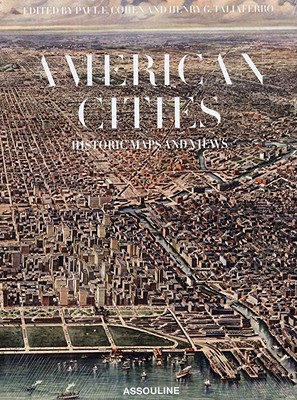 A fascinating way to explore cities is through historic maps and views. American Cities features nine of this country's greatest metropolises: Boston, New York, Philadelphia, Washington, D.C., New Orleans, St. Louis, Chicago, Denver, and San Francisco. Rare or previously unpublished, the maps and views reproduced for each city on luxury cotton paper turn the book into a unique journey of both form and content.
View More... 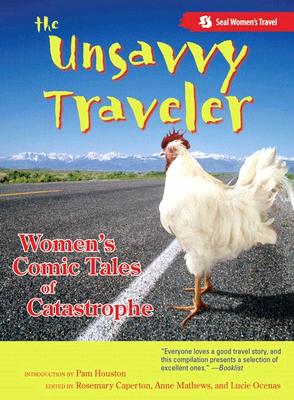 Women travel for myriad reasons: They venture out to escape the routine of daily existence; to encounter fascinating new people and places; to enrich their lives; to embrace new cultures; and to explore; but sometimes none of this works out.
This expanded edition of The Unsavvy Traveler adds three new tales of tangled travel to the humorous collection that debuted in 2001. Braving injury and danger, conflict and discomfort, naive faux pas and mistranslations, these women discover that an unexpected kink in plans can lead to wacky situations: being chased by an itinerant mob in Beijing; try...
View More... 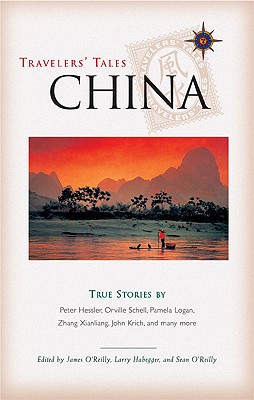 Travelers' Tales China is a must for any traveler to China, to anyone wanting to learn more about the Middle Kingdom, offering a breadth and depth of experience from both new and well-known authors, and helps make the China experience unforgettable and transforming. These pages take you through 6,000 years of history to modern-day socialist China, from the Silk Road to the high-tech center of Beijing. Explore the old as well as the new--from the tombs of dead emperors to the world's largest dam. Roam around one of China's 700 nature preserves in a country that boasts more wildlife than any oth...
View More... 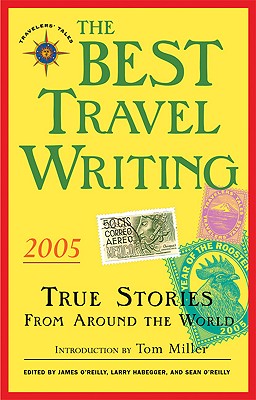 The Best Travel Writing 2005: True Stories from Around the World

This title is the second in our series of annual collections of the best travel writing. Many of these stories are original while some have appeared in other Travelers' Tales titles or elsewhere. But the common thread connecting them is fresh, lively storytelling and compelling narrative to make the reader laugh, weep, wish he were there, or be glad he wasn't.
The 30 stories cover the globe, from encountering the spirit of Odysseus in the Mediterranean to restaging the "Rumble in the Jungle" in Malawi to probing the culture of the working men in the Tokyo fish market. The points of view an...
View More... 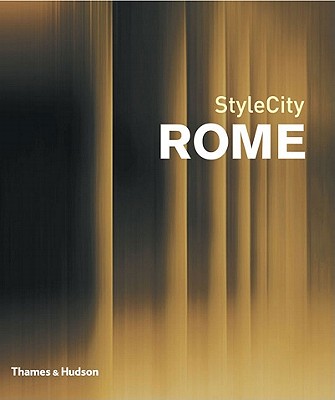 Cradle of antiquity and hedonistic centre of la dolce vita, the Eternal City transgresses trends, styles and fashion - and yet is an epicentre of European fashion and home to the most stylish people on the planet. StyleCity Rome peels away the layers of history to find quirky cafes, modish enotecas, mama-and-papa osterias and off-beat house-musuems to reveal the many facets of this deeply civilized city, selecting the best and most characterful places to provide a total city experience: where to sleep, eat, drink, shop, retreat, explore, or just hang out in stimulating surroundings. In its bri...
View More...

This guide comprehensively explores Europe's most cosmopolitan city. It looks beneath the surface to show the reader where London's most stylish, hip and 'in' locations are, concetrating on the top restaurants, hotels, bars, cafes, nightclubs, spas, sports and shopping.
View More... 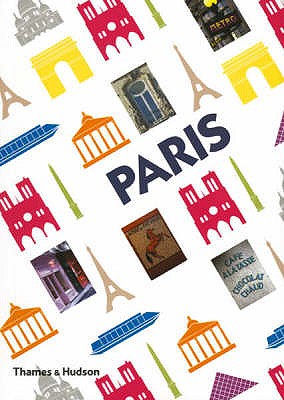 Explored through the eyes of photographer Max Derhy in over 900 evocative images, and interspersed with apercus and anecdotes of those who have lived in and loved the city, this is a unique guide to Paris. Starting at Point Zero, at the foot of Notre Dame, and followed by a map of the metro and suburban train network, the book takes you on a virtual tour of the city and its environs, accompanied by commentaries by the likes of Paul Auster, Henry Miller, Michel Houellebecq, Baudelaire, Stendhal, Zoe Valdes and Sonia Rykiel. From traditional landmarks, through parks and gardens, markets, shops a...
View More... 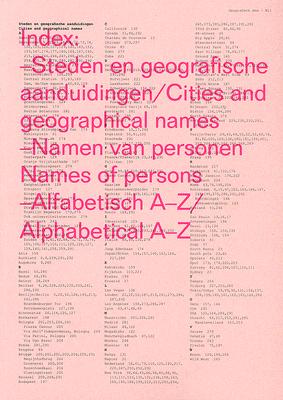 This collection of images and essays originated at the acclaimed Gerrit Rietveld Academy in Amsterdam. Cities and Eyes Sourcebook presents the diverse work of the Academy's artists, philosophers, scholars, architects, and photographers as they explore the world's cities, including Amsterdam, London, New York, Paris, and S o Paulo. Presented in both English and Dutch, and accompanied by an index that includes suggestions for further reading, Cities and Eyes Sourcebook will illuminate the world's greatest cities for a new audience of art lovers and urbanites alike.
View More...

After successive waves of rulers throughout history, Crete has served as a crossroads where the Eastern and Western worlds have met and exchanged skills and ideas, materials and artifacts, and acquired layered strata of history unlike any other land. That history is explored in this collection through the writings of various travelers from around the world. This is the first of three illustrated books that will span the great island from east to west. 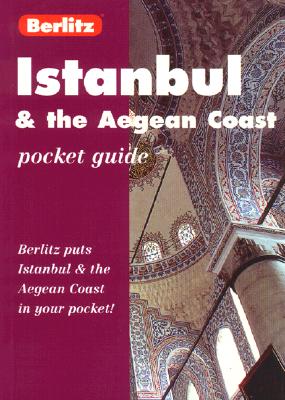 With over 40 million copies sold worldwide, Berlitz Pocket Guides have long been renowned for their ease of use and portability by booksellers and travelers alike. Redesigned and updated, Pocket Guides continue to provide a world of information for travel at any budget -- and still fit into a pocket.
View More... 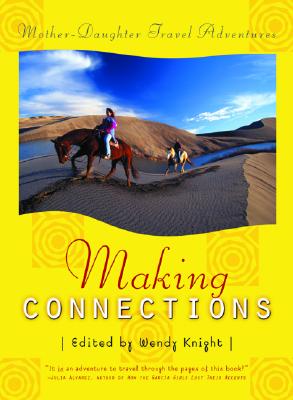 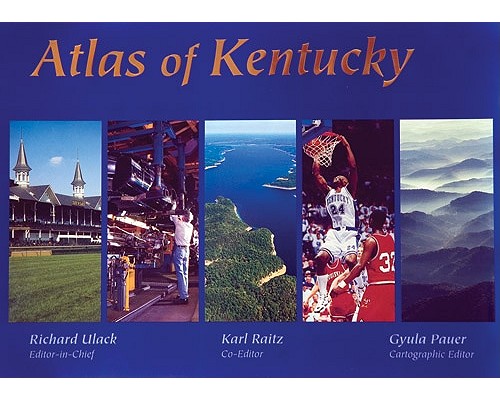 The first comprehensive atlas of the state published in over 20 years, the Atlas of Kentucky brings together a wealth of information on the geography, industry, economy, development, and people of the Commonwealth. Includes over 600 maps and 200 color illustrations. Richard Ulack, professor and former chair of the Department of Geography at the University of Kentucky and former State Geographer, is author of Atlas of Southeast Asia and co-editor of Lexington and Kentucky's Inner Bluegrass Region. Kentucky State Geographer Karl Raitz, professor and current chair of the Department of Geograph...
View More...